Dear Friend,
As women, we have incredible power with our husbands – not a “brute force” sort of strength, but a quiet fortitude that can yield remarkable results. Please enjoy ‘Sweet’ and read on for some thoughts on women and beauty, aging, vulnerability, five notable women, and a portrait of a successful woman.
Joanne

Come on girl, get smart
Use your charm
You’ll win his heart
Time to wise up
No need to erupt
You want him at your feet

Be sweet, sweet
Honey and spice
All things nice
Sweet 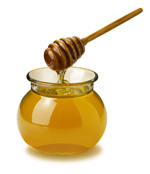 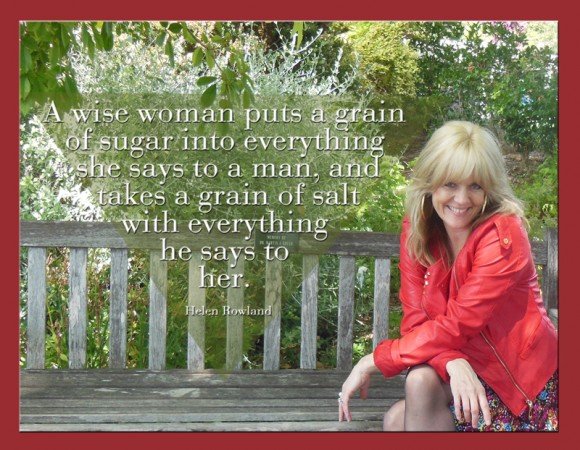 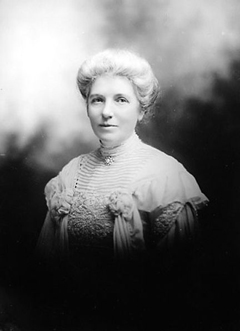 – a New Zealander prominent in the suffragette movement. In 1893, New Zealand led the world by becoming the first country to give women the right to vote. “All that separates, whether of race, class, creed, or sex, is inhuman, and must be overcome.”
more about Katherine Sheppard 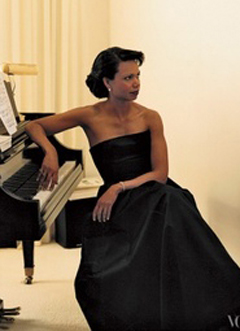 – a classical pianist who has performed for Queen Elizabeth II and with many of the world’s most notable musicians. She was the first female African American to become Secretary of State under George W. Bush. “… it’s good to have female or minority role models. But the important thing is to have mentors who care about you, and they come in all colors.”
more about Condolezza Rice 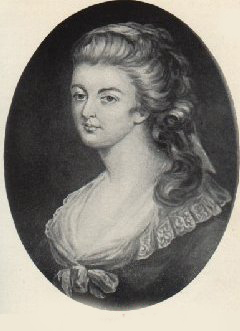 – a homeschooling parent and mother of George Washington, who was regarded as the greatest in a generation of great men. He referred to her as “my reverend mother by whose maternal hand, early deprived of a father, I was led to manhood.”
more about Mary Ball Washington 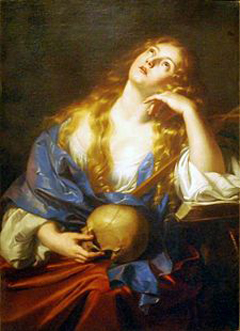 – a follower of Jesus Christ and held as the second most prominent women (after Mary mother of Jesus) in the movement that became the world’s leading religion, Christianity. Mary was the first person Jesus appeared to after his resurrection.
more about Mary Magdalene 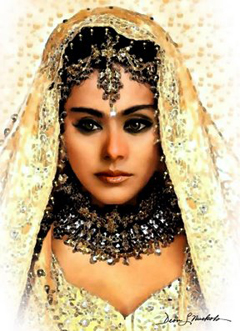 – an extraordinarily beautiful Hebrew queen who risked her own life to prevent the genocide of the Jews. When expressing fear at the task ahead of her, she was told,” Perhaps you have come to your position for such a time as this.”
more about Esther

Some years ago I decided to explore my vulnerabilities. I wanted to understand them and fix them. By definition, vulnerability is being capable of or susceptible to being wounded or hurt. We are all in some way vulnerable. Madeleine L’Engle said, “When we were children, we used to think that when we were grown-up we would no longer be vulnerable. But to grow up is to accept vulnerability. To be alive is to be vulnerable.”

The responsibilities of a mother go well beyond anything most workers experience. According to a survey at salary.com, the typical stay-at-home mom works almost 97 hours a week, spending 13.2 hours as a day-care teacher; 3.9 hours as household CEO; 7.6 hours as a psychologist; 14.1 hours as a chef; 15.4 hours as a housekeeper; 6.6 hours doing laundry; 9.5 hours as a PC or Mac operator; 10.7 hours as a facilities manager; 7.8 hours as a janitor and 7.8 hours driving the family Chevy….a value of $113, 565! 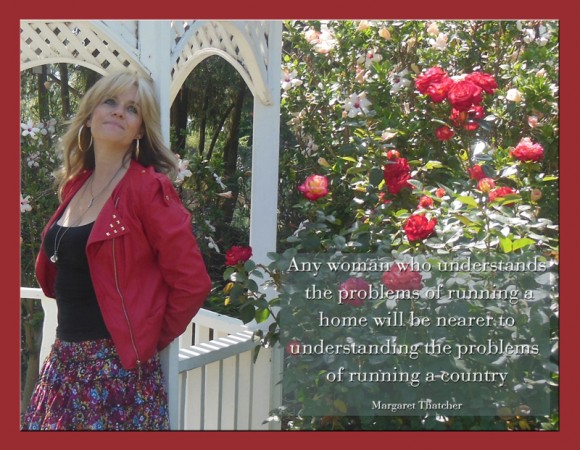 “She is beautiful and wise. She is strong and nobody dares to go against her openly. She is worshiped by men and how she loves to reward those who respect her and honor her. But whenever anyone hurts her with lying slander, she tells her father about their wicked hearts and then they pay for their foolishness – those who pervert judgment and give false sentence. Then like a sword she pierces their hearts and there is weeping because they dragged her around and did not deal straightly with her.”
Derived from Hesiod (700 B.C. ), Works and Days 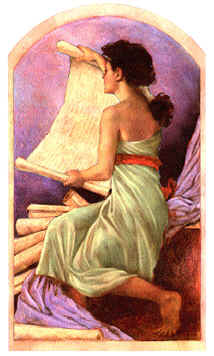 Wisdom is like a woman shouting in the street; she raises her voice in the city squares. She cries out in the noisy street and shouts at the city gates: “You fools, how long will you be foolish? How long will you make fun of wisdom and hate knowledge? You did not follow my advice and did not listen when I corrected you. So I will laugh when you are in trouble. I will make fun when disaster strikes you, when disaster comes over you like a storm, when trouble strikes you like a whirlwind, when pain and trouble overwhelm you. “Then you will call to me, but I will not answer. You will look for me, but you will not find me.
From Proverbs 1.

You are more beautiful than you think! The makers of this short film used an FBI-trained sketch artist to draw women first based on their own self-perception and then based on that of a stranger.

‘The Real Beauty Sketch’ from Dove. 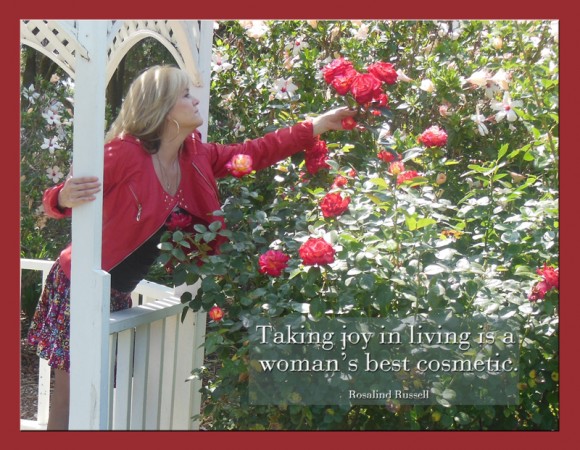 Observations on aging interestingly stated by Benjamin Franklin in his “Eight Reasons Why a Young Man Should Date an Older Woman.”

1. Because as they have more knowledge of the world and their minds are better stored with observations, their conversation is more improving and more lastingly agreeable.

2. Because when women cease to be handsome, they study to be good. To maintain their influence over men, they supply the diminution of beauty by an augmentation of utility. They learn to do a 1,000 services small and great, and are the most tender and useful of all friends when you are sick. Thus they continue amiable. And hence there is hardly such a thing to be found as an old woman who is not a good woman.

3. Because there is no hazard of children, which irregularly produced may be attended with much inconvenience.

4. Because through more experience, they are more prudent and discreet in conducting an intrigue to prevent suspicion. The commerce with them is therefore safer with regard to your reputation. And with regard to theirs, if the affair should happen to be known, considerate people might be rather inclined to excuse an old woman who would kindly take care of a young man, form his manners by her good counsels, and prevent his ruining his health and fortune among mercenary prostitutes.

5. Because in every animal that walks upright, the deficiency of the fluids that fill the muscles appears first in the highest part: the face first grows lank and wrinkled; then the neck; then the breast and arms; the lower parts continuing to the last as plump as ever: so that covering all above with a basket, and regarding only what is below the girdle, it is impossible of two women to know an old from a young one. And as in the dark all cats are grey, the pleasure of corporal enjoyment with an old woman is at least equal, and frequently superior, every knack being by practice capable of improvement.

6. Because the sin is less. The debauching a virgin may be her ruin, and make her for life unhappy.

7. Because the compunction is less. The having made a young girl miserable may give you frequent bitter reflections; none of which can attend the making an old woman happy. 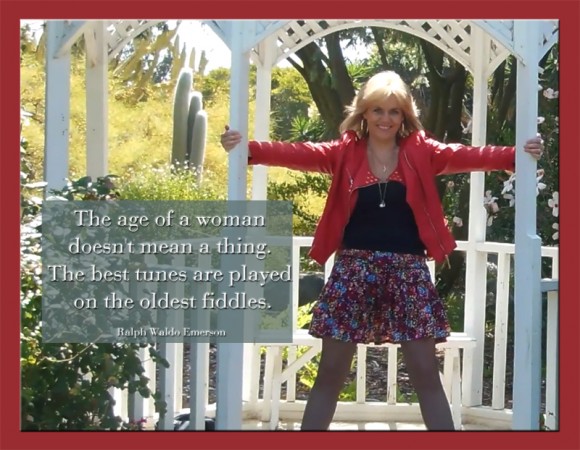 I’ve always admired this ancient portrait of a successful woman, busy at home with her children, in business for herself, creative, fearless, strong, charitable, and adored by her man!

Who can find a virtuous and capable wife?
She is more precious than rubies.
Her husband can trust her,
and she will greatly enrich his life.
She brings him good, not harm,
all the days of her life.
She finds wool and flax
and busily spins it.
She is like a merchant’s ship,
bringing her food from afar.
She gets up before dawn to prepare breakfast for her household
and plan the day’s work for her servant girls.
She goes to inspect a field and buys it;
with her earnings she plants a vineyard.
She is energetic and strong,
a hard worker.
She makes sure her dealings are profitable;
her lamp burns late into the night.
Her hands are busy spinning thread,
her fingers twisting fiber.
She extends a helping hand to the poor
and opens her arms to the needy.
She has no fear of winter for her household,
for everyone has warm clothes.
She makes her own bedspreads.
She dresses in fine linen and purple gowns.
Her husband is well known at the city gates,
where he sits with the other civic leaders.
She makes belted linen garments
and sashes to sell to the merchants.
She is clothed with strength and dignity,
and she laughs without fear of the future.
When she speaks, her words are wise,
and she gives instructions with kindness.
She carefully watches everything in her household
and suffers nothing from laziness.
Her children stand and bless her.
Her husband praises her:
“There are many virtuous and capable women in the world,
but you surpass them all!”
Charm is deceptive, and beauty does not last;
but a woman who fears the LORD will be greatly praised.
Reward her for all she has done.
Let her deeds publicly declare her praise.
– from Proverbs 31